A Sezuan son out of an international grand prix mare 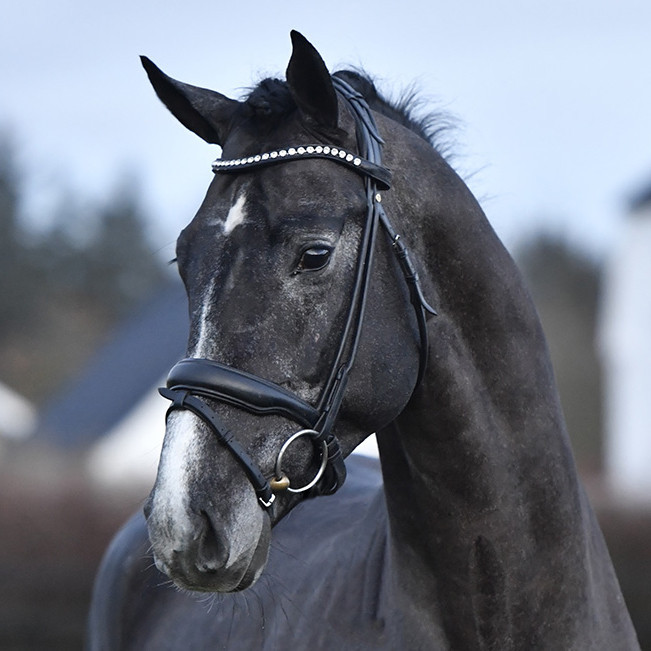 About - Tørveslettens Sylvester is a large-framed stallion, with three excellent movements, which have been awarded 9 and 10 several times. In 2018, he was second in the qualification to the Danish championship for young horses with a score of 93.8%, and later on the same year he was the sovereign winner of the 35-day performance test in Danish Warmblood with a total score of 8.70.

Sire - Sylvester inherited his great dressage talent from his successful parents. The sire, Sezuan, was champion stallion in Danish Warmblood, winner of his performance test and later on triple world champion. He is now successful in small tour level under Dorothee Schneider.

Damline - The dam is the gold medal mare, Tørveslettens Stamina, who won silver in the Danish championship for 4-year-old horses and was the winner in 5- and 6-year-old horses. She was a finalist at the world championship for young horses in both 2010 and 2011 and later on she had several victories in Grand Prix under Andreas Helgstrand. The grand sire, Stedinger, who competed in S-level in dressage. Stedinger sired several top horses as the champion stallion Status Quo, Schumacher, and the gold medal mares Tørveslettens Snowflake and Atterupgaards Minaia. Stamina's sister Quattro also competed at grand prix, and produced the licensed Sezuan son, Spartacus. Stamina also produced the Danish-licensed Torvesletten's Fifty Fifty, who was famously awarded 10 for rideability and 10 for potential by Charlotte Dujardin at his licensing.