Unique! The name says it all! 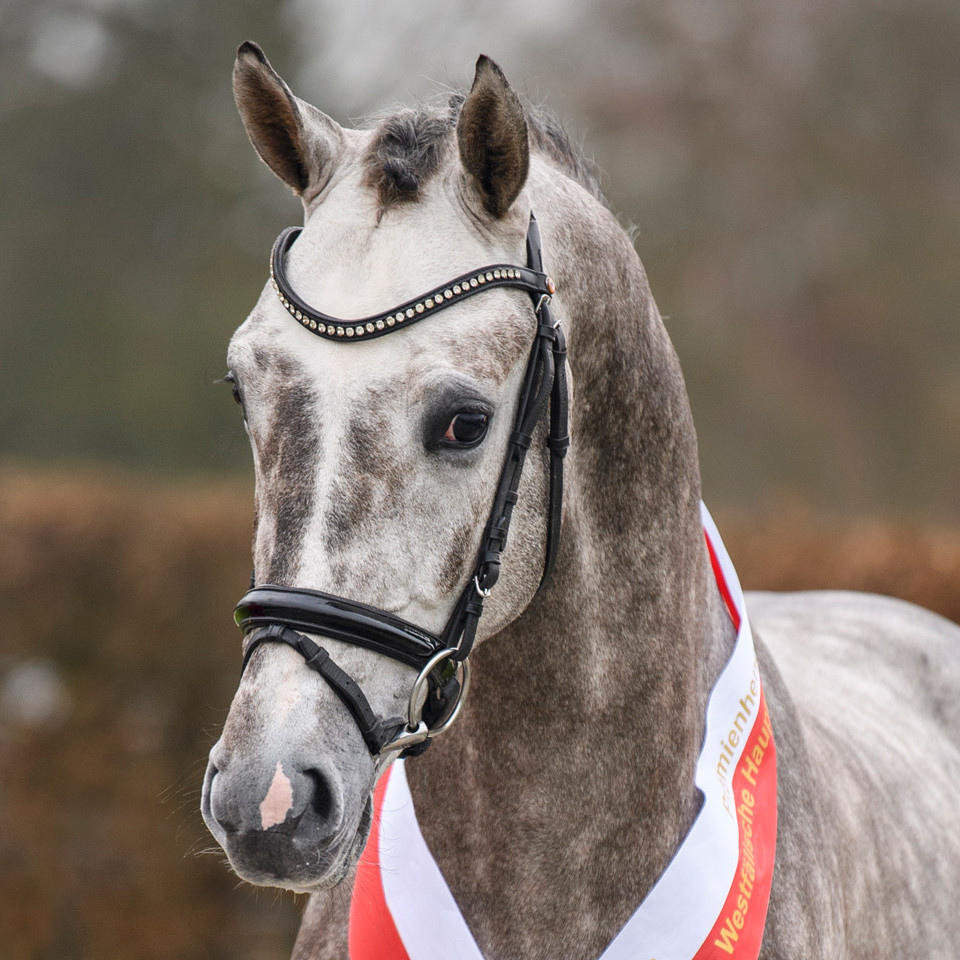 
Terms -  €800 + VAT for unlimited attempts with chilled semen for one named mare in one breeding season; €400 + VAT will be refunded if the mare is certified not in foal before the end of September and the remaining amount will be credited for the following season.

About - Unique is a wonderfully modern jumping specialist putting himself in the limelight at his licensing in Münster-Handorf from the very first moment with his athleticism, his impression and his ambition. Always aiming for the top pole, he completed both the row and the individual jump with enormous ability, courage and lightning-fast reflexes. "He has the juice we can use for the upcoming championships," praised Westphalia's breeding director Thomas Münch. To the applause of the audience, Unique was singled out as the first reserve winner of the 2021 Westfalen licensing.

Sire - With almost 20 sons of Untouchable have been licensed. The sire Untouchable, who himself combines the most important show jumping lines in Europe in his pedigree, first competed successfully with Alvaro Miranda de Neto/BRA and later Daniel Deußer/GER in international 1.60 metre show jumping competitions and took fourth place in the Grand Prix of Helsinki/FIN, sixth place in the World Cup show jumping competition of Mechelen/BEL and eighth place in the Grand Prix of Rio den Janeiro/BRA, among others. Numerous of his offspring emulate him in the big arenas, such as the WEG participant Carona/Kara Chad/CAN, Corana's M&M/Tadahiro Hayashi/JPN, Diesel/Annelies Vorsselmans/BEL, Galak d'Ellipse/Pénélope Leprevost/FRA and Nick Skeltons/GBR or Ben Mahers/GBR Untouched. Almost 20 sons of Untouchable have been licensed.