Everything you are looking for in a showjumper. 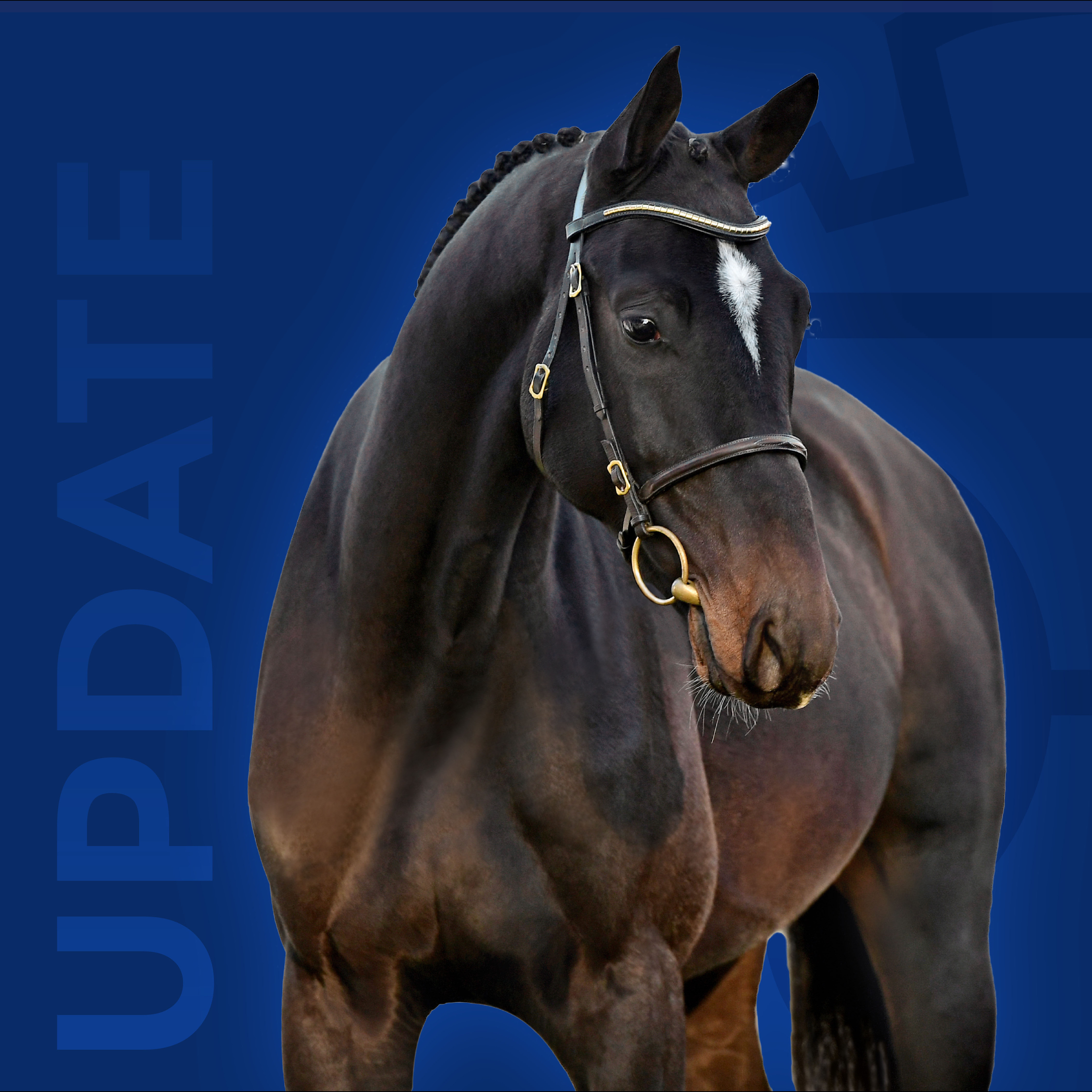 
Terms- €750 +VAT for unlimited attempts with chilled semen on one named mare in one breeding season, if the mare is certified not in foal by the end of September €400 +VAT will be refunded.

About- Update has got everything you are looking for as a jumping horse breeder. Tremendous reflexes, very very very careful, he has ability and scope and he is very laid-back and cool.
Size, mobility, jumping ability and technique have been distinct factors why this stallion was considered particularly important for the Holsteiner Verband.

Sire- At just seven years, United Way counts among the most interesting breeding stallions stood by the Holsteiner Verband. On the international breeding and sport scene, his sire Uriko is attracting more and more interest through offspring like Uniquo , Uricas v/d Kattevennen , Untouched , and Charisma HS , all of them successful at international level already at eight-year-old.
United Way’s dam, Marassina by Concerto II, won the German Jumping Derby with Christian Kleis in 2009 and is an own daughter of Wodka by Lord, one of the best mares in jumping horse breeding in the world. Five-year-old, United Way was not shown due to injury. Six-year-old, he has won young horse jumping classes through M level.

Damline- The damsire, Quo Vados I, stands for hardiness, willingness to perform and blood through his sire Quidam de Revel same as through Caletto II and the TB stallions Sable Skinflint and Cottage Son.

The next sire, Cash and Carry, is the only Cash son used in the Holsteiner breeding programme. Despite his short career, this stallion attracted a lot of attention as a sport horse with his owner Hugo Simon as well as a top sire. The following sires, Contender, Lord, and the TB Sacramento Song, have had a very positive influence on jumping all across the world.  Performing only a few courses, his dam, Beatrix III, left a lasting impression.
The third dam, Klara I, is also dam to 1.60m level stallion Quintender by Quinar.
The fourth dam, B-Estelle, produced Cardento, a successful championship contender with his Swedish rider and currently one of the very best jumping sires in the world. Most recently, another son of B-Estelle has been coming to the fore, Cartello VDL. Under Irishman Darragh Kenny, Cartello VDL successfully competed at the Tokyo Olympics in 2021. Having collected about 600,000 euros in prize money a year, he is one of the highest earning jumpers in the world.