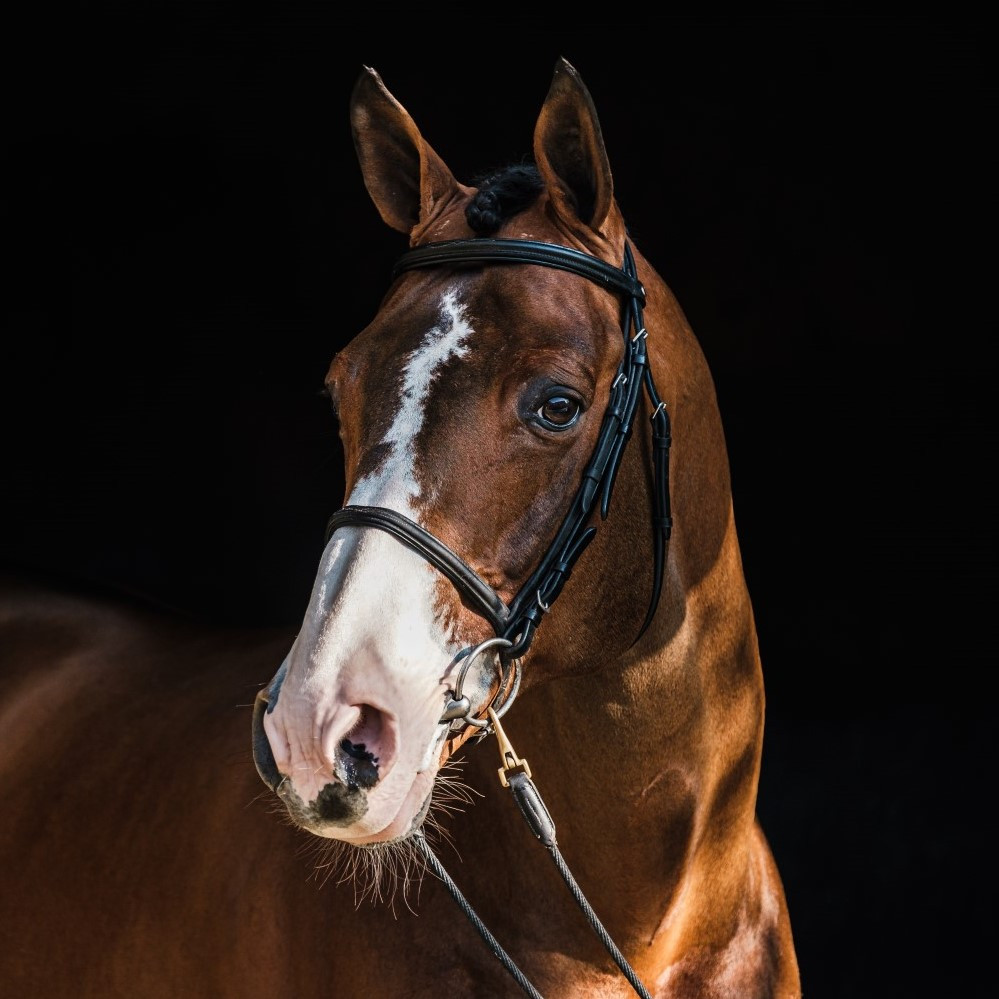 
Terms - €1400+VAT for unlimited attempts with chilled semen or frozen on one named mare in one breeding season. If the mare is certified not in foal by the end of September, €1000+VAT will be refunded.

About - Incredibly fast, extremely careful and endless ability, during Utamaro's career in sport he was among the best stallions worldwide successively under Joe Clee, William Whitaker and Niels Bruynseels. For years breeders have impatiently been biding their time in the hope of using this great stallion. Sport has always been top priority and that resulted in numerous wins at the highest levels. Utamaro d’Ecaussines Z is terribly careful, has heaps of blood and scope ‘His qualities and model make him the ultimate horse for contemporary top sports! He is expected to add speed, blood and athleticism to many mares,’ his rider Niels Bruynseels says.

Performance - Utamaro took part in the World Equestrian Games in Normandy and the European Championships in Aachen under Joe Clee. William Whitaker took the stallion along to the World Equestrian Games in Tryon, the European Championships in Gothenburg and they won the World Cup of London Olympia. Under Joe Clee, William Whitaker and Niels Bruynseels Utamaro jumped countless double clears in Nations Cup competitions.

Sire - Diamant was successful immediately as a young horse, qualifying for the French Championships at Fontainebleau as a four-, five-, and six-year-old. His international career was exceptional; team gold at the 2002 World Equestrian Games (and individual ninth), team silver at the 2003 European Championships, and 2002 French Champion. He was selected for the 2004 Olympic Games, but missed out due to injury. Diamant de Semilly's offspring have been sensational. Offspring such as Quickly de Kreisker was ranked the top jumping combination in the world; They have won the Paris Hermes Grand Prix, and World Cup qualifiers,11th in the 2014 World Cup Final, and appeared at the 2016 Rio Olympics. Other well-known grand prix winners include Don VHP Z, Emerald, Heliodor Hybris, Sunshine, Hello Guv'nor, Rock'n'Roll Semilly, Flipper D'Elle.

Damline - Arizona van Arenberg was a Grand Prix horse herself with rider Christopher Briet, the pair took a win at the CSI1* in France and jumped in Grand Prix shows all across Europe. Her sire Quidam de Revel  is a legend on his own; he has an impressive list of achievements and he himself participated in the Olympic Games in 1992, winning team bronze and finishing fourth individually under Hervé Godignon for France. Despite his short breeding career, Quidam's Rubin has proven himself an immeasurably valuable sire of jumping horses. He produced numerous winners at foal shows and championships, as well as price highlights at several auctions.