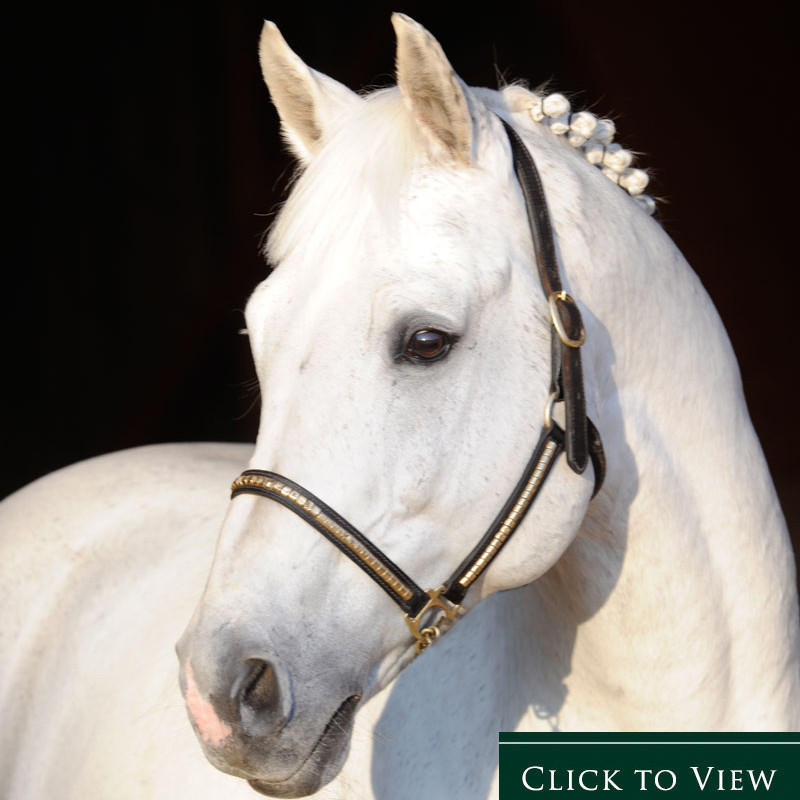 About- Utrillo Vd Heffinck represents one of the most successful crosses of the decade - Clinton x Heartbreaker.  Other examples of how well this cross work are Cornet Obolensky (Beijing Olympics) and Via Volo (Gold team, Silver individual at the 2011 Pan-Am Games).  Utrillo's full brother is a Grand Prix jumper in the States, Conquistador.  Their full sister Vanite produced Dax van't Abdijhoeve, the 2010 World 7-yr old Champion.  Mother Fatima has also produced the licensed stallion Quindoctro. Utrillo jumped with his owner at 8 yrs old, starting in Grand Prix, then at ten years he jumped in CSIO, including 4th in the GPs at Poznan and Comporta.  In 2010 he was ridden by Franke Sloothaak, and they won the Porsch Grand Prix.  He then went back to his amateur owner for 2011, and they won Puissances, and were placed in Grand Prix.

Sire-  His sire Clinton was a top competing stallion, 2nd in the GP at Aachen, 4th in GP at Rome, Bronze Medal at the O.G in Athènes and many more great wins.
Even when he was young, Clinton already had some of his offspring winning at an international level one of which was Utrillo VD Heffinick leading the way, along with the olympic horse Cornet Oblenski , both of them bred from mothers by Heartbreaker.

Progeny- Utrillo has already some notable offspring.  His first crop produced Basje, winner of the Belgian 7yr championship, and then bought by Ian Millar in Canada.  His young horses are impressive for their technique, and scope, and for the fantatsic movement he throws.  In 2011 he had two representatives in the French 5yr old championships.  Video to follow of 2 year olds in France - his daughter Violette acheived the top price for yearlings at the Brullemail 2011 auction.