A first-class sire who great balance and elastic movements. 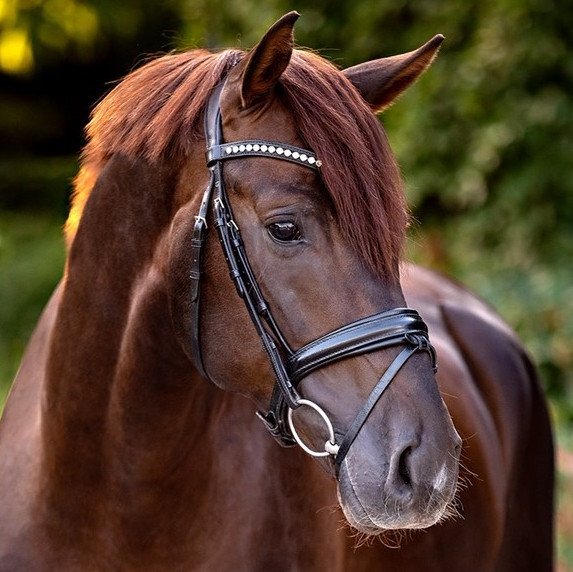 
Terms - €1100 + VAT for unlimited attempts with chilled semen in one breeding season. If the mare is certified not in foal by the end of September €800 + VAT will be refunded.

About & Performance - Va Bene is a very relaxed horse with great mechanics, he has a huge amount of balance in all three basic gaits, which he displays in all performances under saddle. At the end of 2019, he completed a first-class 50-day test with the final score of 8.59 in Schlieckau and is now tested for life. His character showed a great willingness to perform and gave a strong overall impression, he received the grade 9.0. In an impressive year he was ranked second with the rideability 9.25. Va Bene was already victorious in ridden horse tests with top marks (including 9.5 for the canter).

In 2021, Va Bene celebrated remarkable sporting successes! He was able to qualify for the 2nd World Championships in Warendorf and immediately for the Bundeschampionat.

Sire - The sire Veneno was a finalist in the Bundeschampionat of the German dressage horse in 2015 and has won several times in the S class under Beatrice Buchwald. In 2018 he made a brilliant debut on German licensing and immediately delivered four licensed sons, several of which were awarded prizes. He has numerous offspring making their mark in the breeding industry including, Valentino Rossi and premium stallion Valdiviani.

Offspring - Va Bene has had a highly decorated first foal crop of 2021! He presented the winning foals and auction tips at various nationwide events!