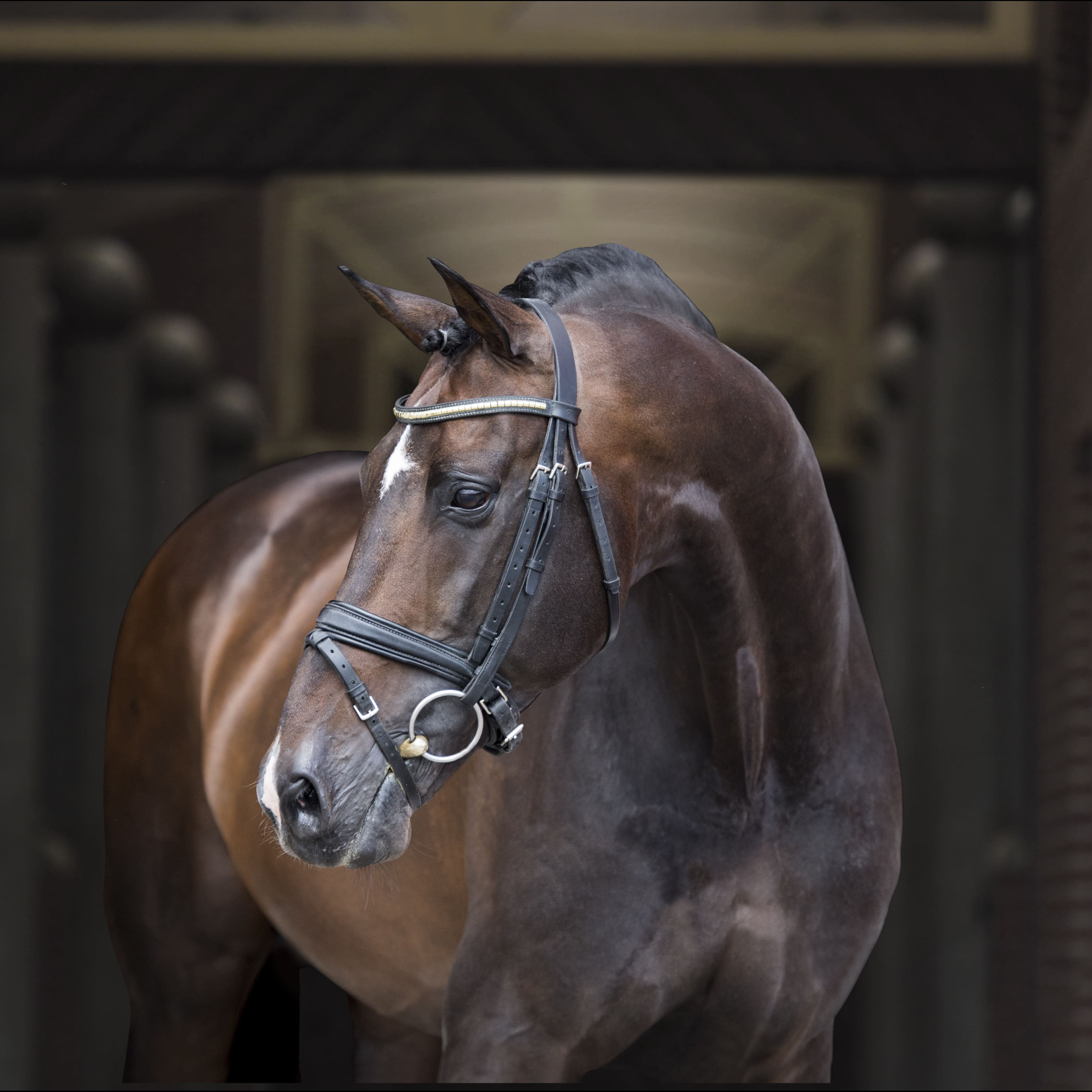 
Terms - €2400+VAT for unlimited attempts with chilled semen on one named mare in one breeding season, if the mare is certified not in foal by the end of September €1600+VAT will be refunded.

Frozen Zack semen is not to be shipped, mares are only to be inseminated at Newton Stud (Devon).

About - Zack is already becoming one of the most influential sires in sport horse breeding, an incredible feat for such a relatively young stallion. He is a tall, long-legged and modern stallion, with three extraordinary basic gaits and a temperament and rideability that is second to none. Arie Hamoen, head of the KWPN grading committee, said "we cannot think of a better picture to display the Dutch breeding," after his KWPN licensing.

Performance - From the very beginning, Zack has been outstanding. He was champion of his KWPN licensing in 2007, performance test champion and won the qualifier for the Danish six-year-old championships on an exceptional score of 9.22. After a delay in his training due to an eye injury, Zack has accelerated up the grades, was second on his grand prix debut, and in 2016 he won the grand prix and the grand prix freestyle at Ankum in only his second attempt at the level. Since then, his progress has been outstanding. In early 2019 he won the Den Bosch CDI3* GP Kur with over 84%, and weeks later finished 4th in the World Cup Final in Gothenburg.

Sire - His sire Rousseau is by the international dressage stallion Ferro, who competed at the European Championship, WEG and the Olympics, bringing home team silver in Sydney 2000. Rousseau himself won his performance test and won the Pavo Cup with a record breaking score - both test riders gave him 10.0. He won the silver medal at the World Young Horse Championships as a five-year-old, and sired three successive KWPN licensing champions (Wamberto, Zack and Ampere) - a feat that has not been achieved by any other stallion.

Damline - Zack is the second foal out of Orona, who placed in medium level dressage and passed the mare performance test with a very good result. Damsire Jazz performed at grand prix level, as did his sire, Cocktail, and has 50 licensed sons, including Olivi, T-Movistar, Wynton, Westpoint, Boston, Chagall, Don Olymbrio, Don Juan De Hus, Desperado, Glock's Johnson and First Choice. Almost 100 Jazz offspring have reached grand prix, and he is currently ranked fifth on the WBFSH Sire Rankings, having led the rankings for four years (2008-2011) and having never been out of the top five since the current rankings began; a more successful record than any other stallion. His progeny have won the Pavo Cup four times. Third sire Belisar won his performance test in Ermelo in 1986 with top scores. Belisar passes on his brilliant performance abilities and has sired a great number of sport horses and holds a dressage index of nearly 150; he is the sire of the approved stallion Houston.

Progeny - His first foals were very well recieved; long-lined and long-legged with correct hind leg movement. At the Blue Hors Foal Championship the Champion Colt and Champion Filly were both by Zack. At one of the regional foal shows, the best three fillies were all by Zack. The most expensive foal at the Summer Auction in Vechta was by Zack, and sold to Portugal for €42,000.

In 2012 Zack's son Zonik was Danish four-year-old old champion, and he is expected to make his grand prix debut in 2017, having since been sold to Glock. On his debut under Edward Gal at 's-Hertogenbosch in March 2015, Zonik won with a whopping score of 78.289%. In 2016 the pair competed more extensively at prix st georges level, winning the national small tour classes at Amsterdam CDI in January with scores of 81.096% and 83.775. The pair won the 2016 Dutch Small Tour Championships with similar high scores.

Zack's son Sezuan (shown in the second video) won the performance test in Herning, and the Danish licensing the same year saw Zack sons achieve a 1-2-3! The sensational Sezuan is a treble World Young Horse Champion (2014-2016), having proved himself to be undeniably the best young horse on the circuit. His rider Dorothee Schneider described him as a horse with "three excellent gaits that always wants to work with me in the test and always wants to make me happy."