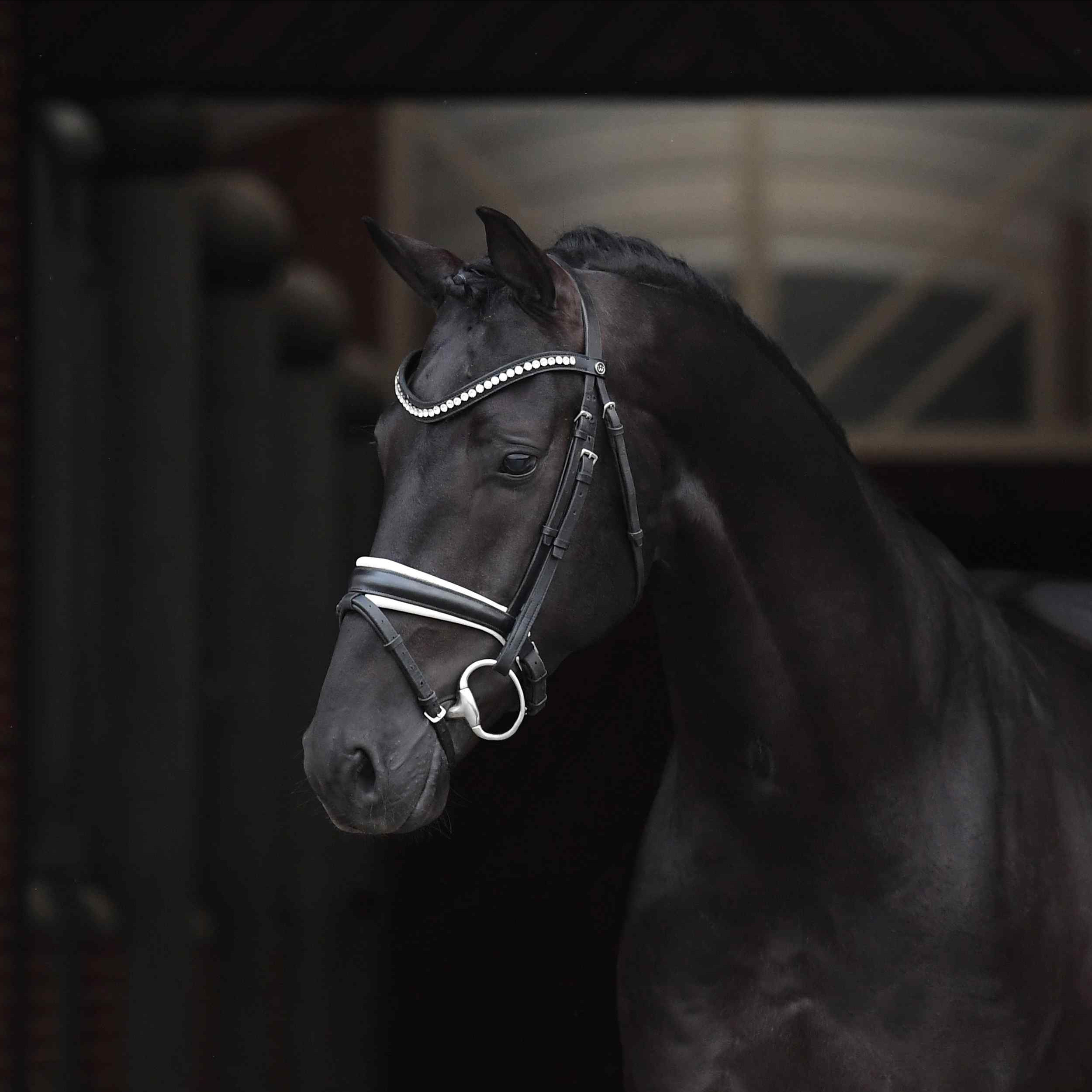 
Terms - £1000+VAT for unlimited attempts with chilled semen, for one named mare in one breeding season. If the mare is certified not in foal by the end of September, £650+VAT will be refunded.

PLEASE NOTE: All orders need to be placed by 8am for delivery the following day.

About & Performance - Zackorado was awarded the title of champion at his licensing at the stallion licensing in Kreuth, Germany in 2018 this was a well deserved win as he won over the crowd and judges with his exceptional performance. Now working under saddle at Blue Hors he is a fast learner and a horse who loves his job, with great balance in all three basic paces and a positive attitude when riding in the arena. There is a bright future for this stallion in both sport and breeding with his Grand Prix bloodlines.

Sire - Zack has been outstanding, he was champion of his KWPN licensing in 2007, performance test champion and won the qualifier for the Danish six-year-old championships on an exceptional score of 9.22. After a delay in his training due to an eye injury, Zack has accelerated up the grades, was second on his grand prix debut, and in 2016 he won the grand prix and the grand prix freestyle at Ankum in only his second attempt at the level. Since then, his progress has been outstanding. In early 2019 he won the Den Bosch CDI3* GP Kur with over 84%, and weeks later finished 4th in the World Cup Final in Gothenburg.

Zack's son Sezuan won the performance test in Herning, and the Danish licensing the same year saw Zack sons achieve a 1-2-3! The sensational Sezuan is a treble World Young Horse Champion (2014-2016), having proved himself to be undeniably the best young horse on the circuit. His rider Dorothee Schneider described him as a horse with "three excellent gaits that always wants to work with me in the test and always wants to make me happy."

Damline - His dam line has produced a number of highly decorated mares and stallions as well as competition horses up to Grand Prix dressage. His great grand dam Rosalie by Rubinstein is also the dam of Grand Prix mare Viva España by Ex Libris along with the licensed stallions Dressage Royal by Donnerhall and Zansibar by Blue Hors Zack. This makes the grand dam Rosanna a full sister to Grand Prix stallion Dressage Royal, who is the sire of the world famous Damsey and the DWB stallion UNO Don Diego which has created a stallion line of his own in Denmark.

Progeny - Zackorado's first crop of foals look very promising. They are modern and long legged, which confirms expectations that Zackorado will contribute lightness and modern type, and therefore can be used for a sturdy and less modern mare.