Half-brother to the Bundeschampionatsfinalisten Divertido 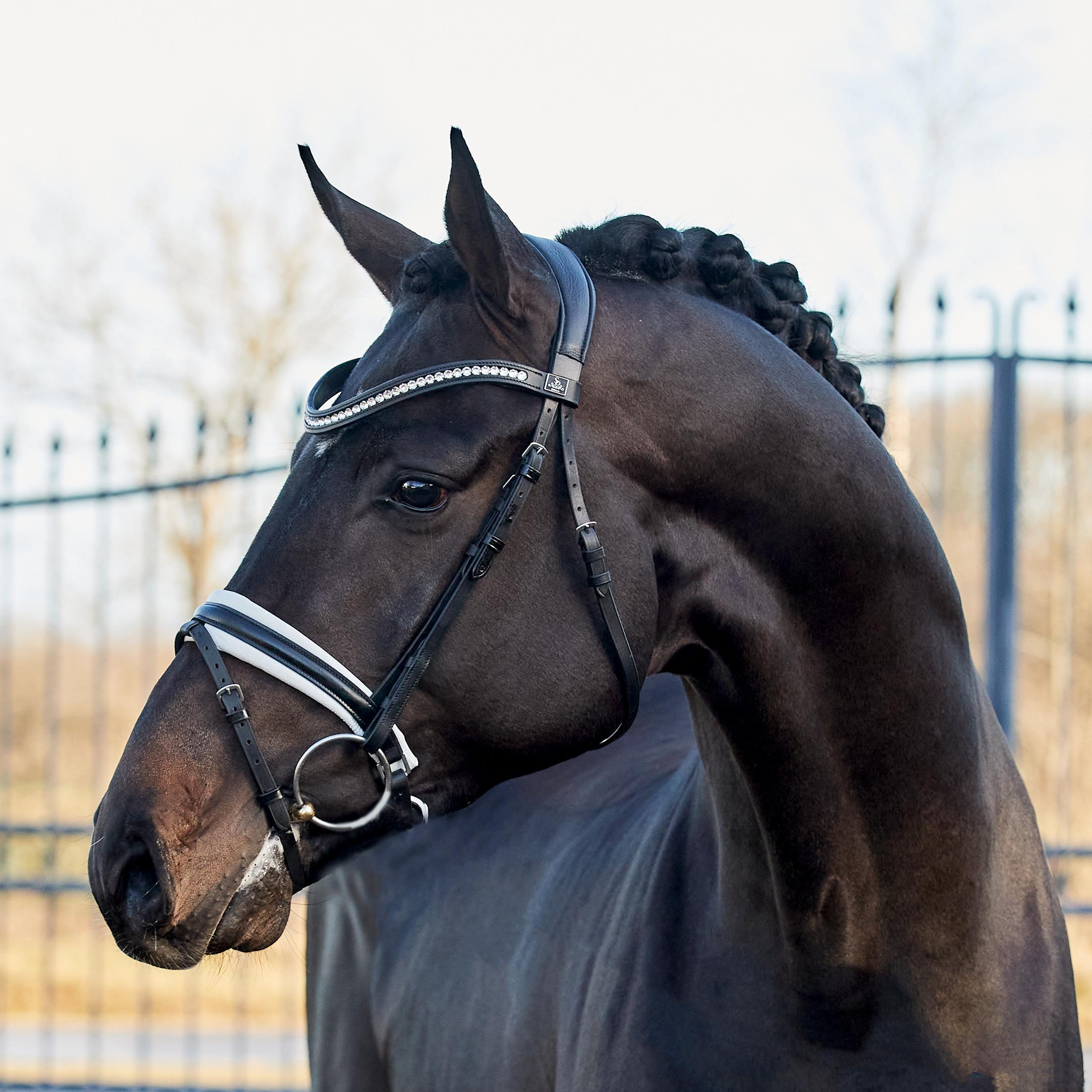 About -In 2021, Zanetti made his debut under Mareike Mimberg  and received top marks: for his three uniformly good basic gaits there was an 8.5 each, for the rideability an 8.3 and for the building a 9.0. On average, an 8.6. At his licensing in Westphalia in 2020, the charming Rappe already knew how to convince in all respects on the triangular track and then also on the lunge and in free running and was classified by the Körkommission as a premium stallion. At his HLP he received an 8.5 each for the step, the trot, the gallop, the rideability and the performance.

Sire -The father Zoom was reserve winner of the Westphalian Licensing in 2016 and a little later premium stallion of the Hanoverian young stallion recognition. He completed his 14-day test in Neustadt/D. in 2017 with the final grade of 8.88 as a reserve winner and became the winner of his sports test in Münster-Handorf (8.51) at the age of four in 2018. At the age of five, he completed his stallion texamen again with high marks and qualified for the Dressage Horse National Championships. Under his instructor Helen Langehanenberg, he was nominated for the 2020 World Championships of Six-Year-Old Dressage Horses, which could not take place due to Corona. In 2021, he won in heavy dressage, placed in the Burg-Pokal qualifications of Munich and Balve and took part in the Dressage Horse World Championships. From his first stallion vintages, 13 sons were licensed, most recently the Westphalian reserve winner.

Our Prince Romancier in second place was Oldenburg main prize winner and fourth at the Dressage Horse World Championships and the Federal Championships. His descendants, such as First Romance/Dorothee Schneider and For Romance I OLD/Therese Nilshagen/SWE, have arrived at the Grand Prix.

From the grandmother Florentina comes the M-dressage horse Samand (v. Sir Donnerhall I).

In third place in the pedigree follows the Frenchman I, who emerged from the famous Hanoverian F-stallion line. The thoroughbred Roncalli xx provides the desired shot of noble blood.