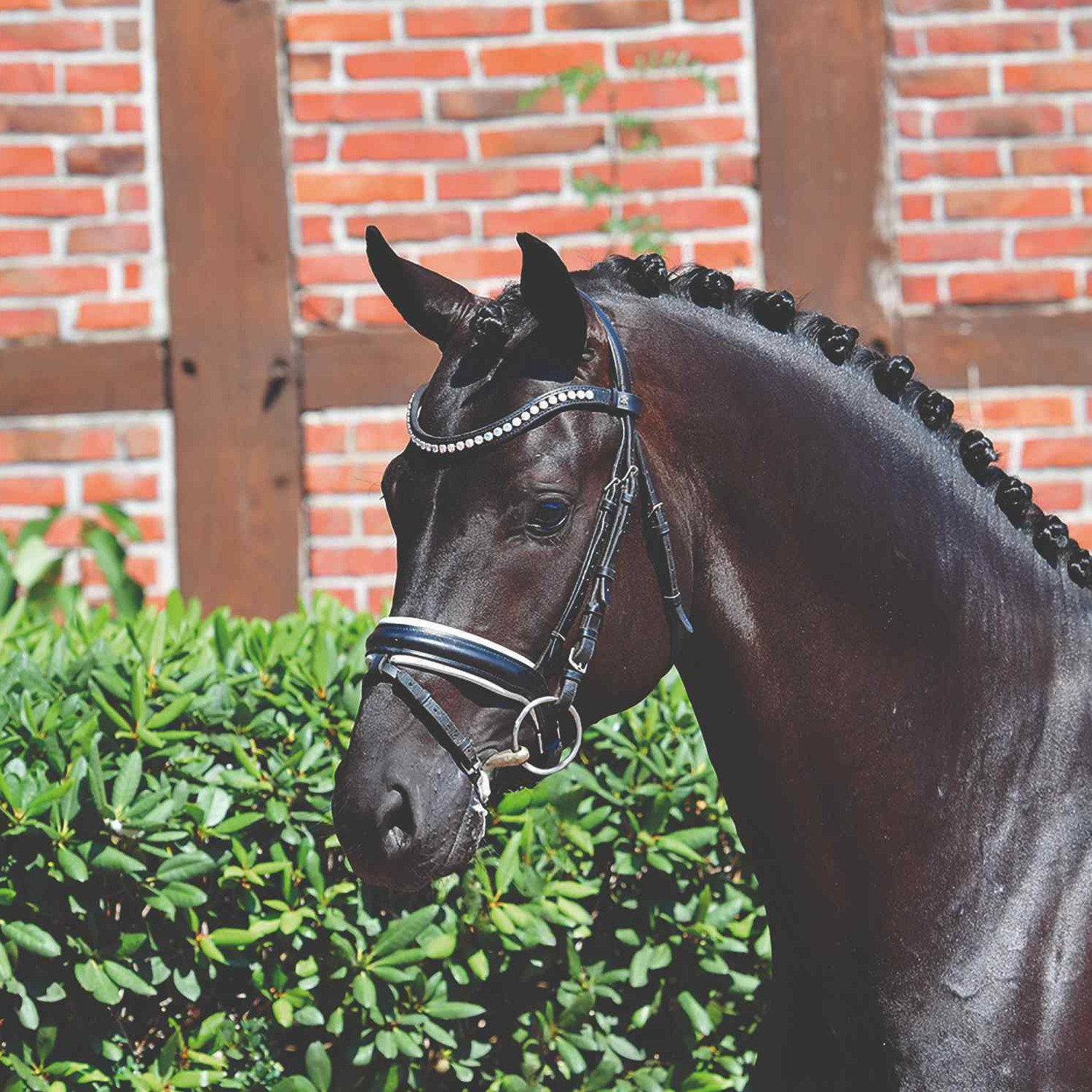 About - With a clear victory in the qualifications and the final test of the Oldenburg Regional Championships of three-year-old stallions, this Redefin premium stallion Zauberlehrling PS OLD made an outstanding debut. The consistently high scores in all individual characteristics are impressive: 9.0 for canter and 8.5 for trot, walk, rideability and conformation. At his stallion performance test in Schlieckau, Zauberlehrling also proved to be a model student under saddle.

Sire - With Zack, Romanov and Don Schufro, his sire Glock’s Zonik N.O.P. combines the best stallions, who have had a lasting influence on Danish dressage horse breeding and made it one of the most successful worldwide. Ridden by Edward Gal, Glock's Zonik N.O.P. led the Dutch team to the silver medal at the European Championships in Rotterdam/NED and finished sixth (Freestyle) and eighth (Special) in the individual classes. At the World Cup final in Gothenburg/SWE, the couple also came eighth, after taking seventh place in the Grand Prix and Grand Prix Special in 2018 at the World Equestrian Games in Tryon/USA. Amongst his 13 stallions licensed in Germany, Zucchero Gold (sport name: Zucchero OLD), World Champion of young dressage horses and German Champion, and Zum Glück RS2 OLD, the German Champion and P.S.I. auction star, particularly stand out.

Damline - His dam, So Fantastic PS, was placed in young horse classes and has also produced his full brother, who is also licensed and was sold at the PS Online Auction. Her full brother Sir Santinos was also approved for breeding.

Thanks to his offspring placed in Grand Prix competitions like Sai Baba Plus/Boaventure Freire/POR, Semper Fidelis/Heather Blitz/USA and Syriana/Mary Hanna/AUS, his dam's sire Sir Donnerhall I is placed amongst the top 20 of the WBFSH ranking list of the world's best dressage sires. Himself second Reserve champion of his licensing, Regional Champion, record winner of his stallion performance test, Vice World Champion of young dressage horses, German Champion and winner of the main premium, he can refer to over 100 licensed sons. He has also produced numerous championship-successful offspring, including the double World Champion dressage horse, Sa Coeur, who is successful in Grand Prix, and the legendary German Champions quintet Sir Heinrich OLD, Cindy OLD, Candy OLD, Caty OLD and Casey OLD from the Wendeln Stud.

His grand-dam Farah produced the licensed stallion Harmony’s V-Plus, top price of the 39th P.S.I. auction, participant in the World Championships for young dressage horses and placed at the German Championships.

In the third generation appear Fürst Romancier and Sandro Hit, which leads to an ideally consolidated inbreeding to the important Sandro in the pedigree of Zauberlehrling.