Sire of the 2016 Oldenburg licensing champion 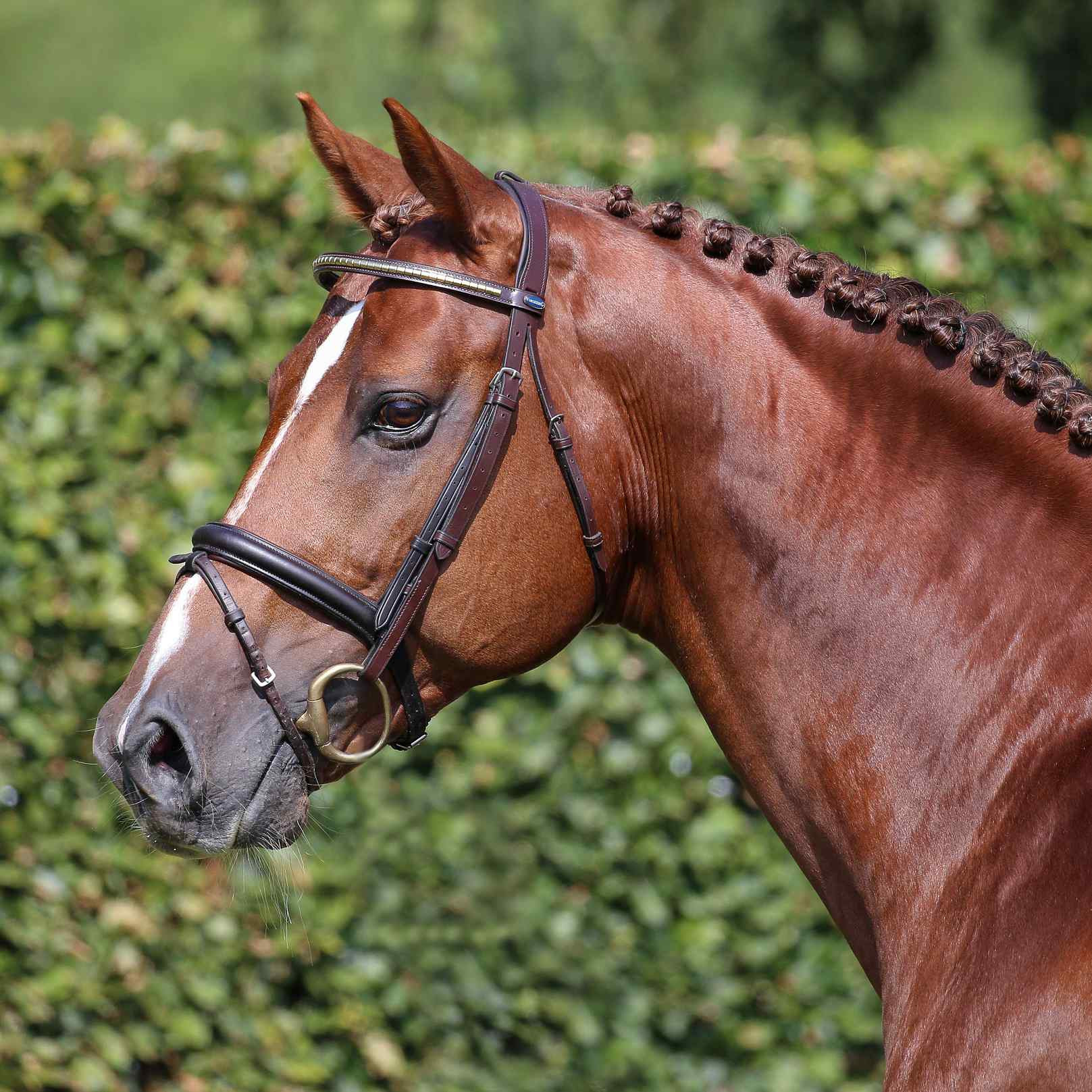 
Terms - €1500+VAT for unlimited attempts with chilled or frozen semen, on one named mare in one breeding season. If the mare is certified not pregnant before the end of September, €750 + VAT will be refunded and the remaining amount will be credited for the following season.

About - Zinedine is relatively new on the breeding scene, having mostly been focused on sport. He is alredy proving himself to be as valuable for breeding as he is as a sport horse, anchored by an excellent pedigree containing the very best of jumping bloodlines. Lightning reflexes, boundless scope and a very careful technique come together in Zinedine.

Performance - "From this stallion will be hearing a lot more" - was the unanimous verdict of the press after Zinedine's brilliant World Cup premiere in the Stuttgart German Masters as just an eight-year-old, where he jumped clear and placed seventh. Since joining Ludger Beerbaum, his career had already been successful; the pair won the youngster tours of Rotterdam, Aachen, Münster and Paderborn. They have gone from strength to strength; second in the GCT London GP, fourth in Chantilly, and fifth in Shanghai. They have picked up many top-ten placings at grand prix, including seventh in Rotterdam, tenth in 's-Hertogenbosch, seventh in Wiesbaden,and second in Paris.

Sire - Guidam is a son of the legendary Quidam de Revel, and was internationally successful with Eric van der Vleuten. He has produced many championship offspring, including Ninja la Silla (2008 Olympic silver and 2011 European Championships gold), and Authentic (2008 Olympic bronze). In 1996 Guidam was named Stallion of the Year by the KWPN and carries the title of keur.

Damline - Zinedine's dam Unadonja recorded successes to 1.45m level under Shane Sweetnam.  As a broodmare, she was then sold to the United States. Damsire Heartbreaker is a legendary stallion, sire and grandsire of countless top horses, and in 2015 was proclaimed KWPN Horse of the Year. Heartbreaker is by Nimmerdor, out of a mare by the international showjumping stallion, Silvano, who was started in jumping competitions by Bert Romp and Henk Nooren before going on to success in Italy with Giorgi Nutti, placing in a number of World Cup qualifiers; in 1985 they were second in Milan, fifth in Brussels, and eighth in Geneva. Heartbreaker himself won the grand prix of Dortmund and was fourth in the Aachen Grand Prix. He is the sire of many top stallions including Quasimodo vd Molendreef, who in turn is the sire of Hello Sanctos. His other notable offspring include Toulon, Romano, Action-Breaker, Harley, Upgrade...the list goes on!

Progeny - Zinedine's first crop were born in 2014, and in 2016 his son Zinedream (damsire Contender) was the runaway winner of the Oldenburg licensing and sold for €215,000 in the ensuing auction. Zinedine's foals are compact, powerful models with a lot of spring and scope, and fabulous temperaments.